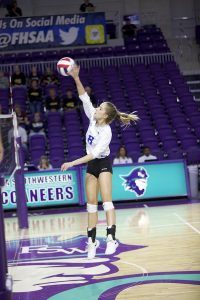 “Third time’s a charm” says Coach Hollie Benjumea concerning the Lady Knight’s volleyball victory at the State Championship in Fort Myers on Thursday. While the team had traveled two years previously to the Championship only to come home with the title State-Runner Up, their hardwork and dedication has finally paid off; between their defensive plays, dedicated spirit, and supportive attitude, the team received a new title, State Champions, making Geneva School history. 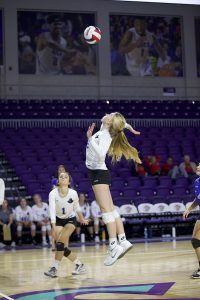 Emmalise Dunnavan said, “[Throughout the game] Maggie did a great job of keeping of keeping us confident … that’s what we really needed.” The Lady Knights played strongly and encouraged each other through it all. Lily Weir and Rylee Thomas had defensive blocks, Frances Aguayo and Emmalise Dunnavan had powerful digs, Connelly Renfrow had many kills, and Maggie Segarra had great serves, ending two of the three winning sets. Coach Benjumea said about the third set, “We had confidence going into the first two games, and in that third set maybe overconfidence … so it helped that we’d already beat them in two sets and a game before.” No doubt, the Geneva volleyball team worked hard and ought to be so proud of the game they played. 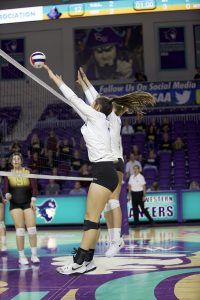 Even when the game was difficult, the girls’ hard work was evident, as was their teamwork and encouragement. Junior Captain, Connelly Renfrow, said, concerning their trouble in the third game, “My teammates help[ed] me get back up.” The team worked together and pulled through to win the game in three sets, 25-18, 25-17, and 25-22. When asked how the team fosters such a supportive relationship, Maggie Segarra said, “We’ve all been very good friends since we were younger and we have all been playing with each other for such a long time. That has made us such a strong team together. We are friends in and out of season, and that has really made a difference.” 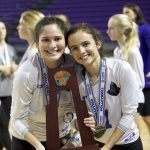 In fact, Coach Benjumea said “It’s been great to watch them grow on and off the court. They really care about each other and respect each other. They accept each other for who they are … and that is a really beautiful thing to see.” And, after such a great season, how could one not wonder what the future volleyball seasons hold? Coach Benjumea has promised that there is “lots of fun to come from Geneva!”