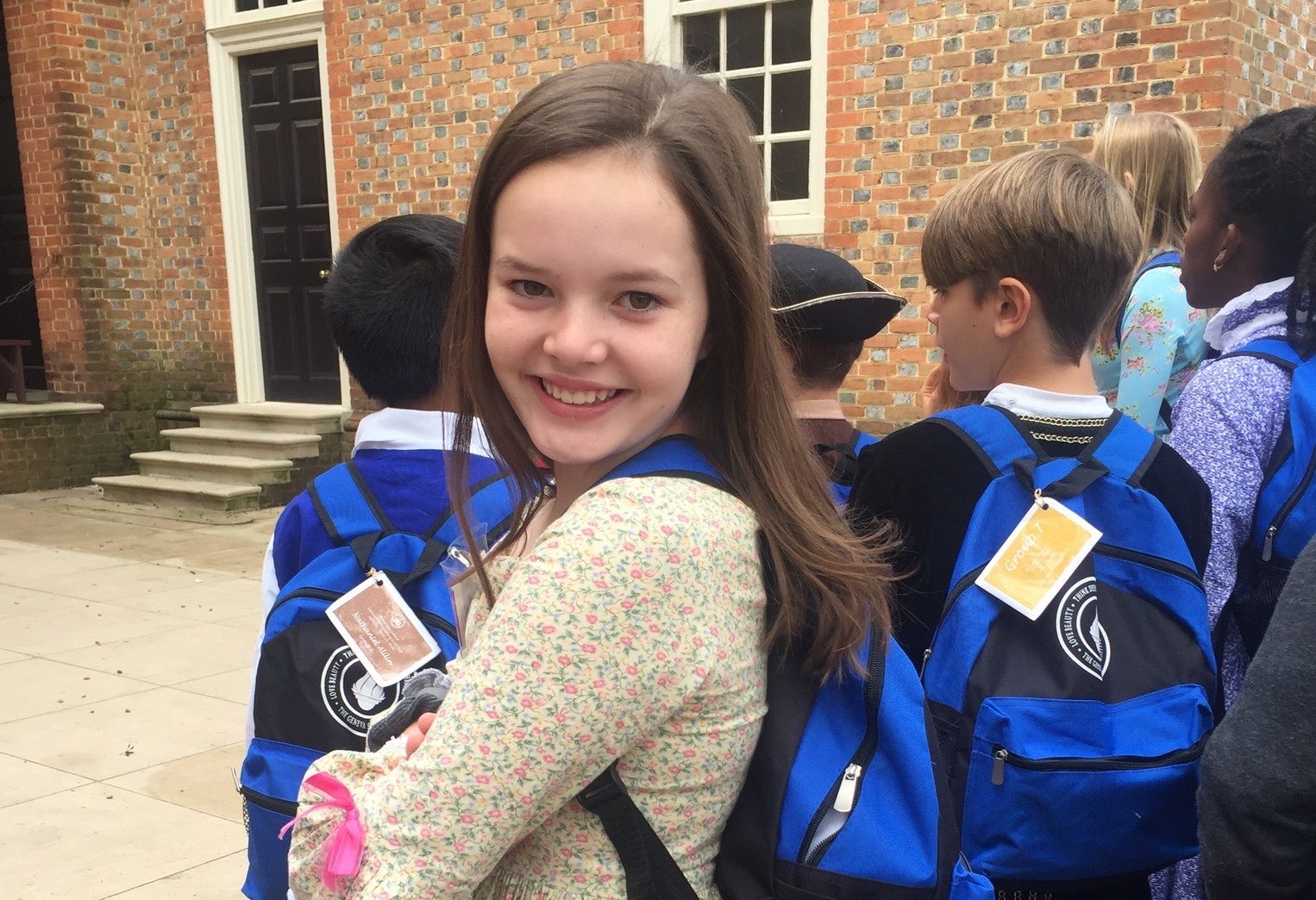 Today, in many ways, was the highpoint of our week. Today was the day when we got all dressed up in our colonial costumes and explored Williamsburg as if we were colonial residents back in the 18th century. 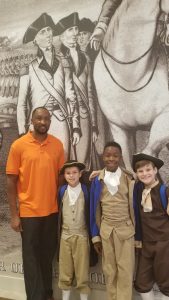 Throughout the course of the day, we got to imagine what our lives would be like in a myriad of different situations. We heard snippets of speeches from the House of Burgesses session in which the colonists voted for independence. We put ourselves in the shoes of a woman on trial for murder (or was it self defense?), and wondered what it would have been like to not be able to afford representation, and to have a jury that was more swayed by their physical discomfort in a room without heat or bathroom facilities than by the weight of the evidence. 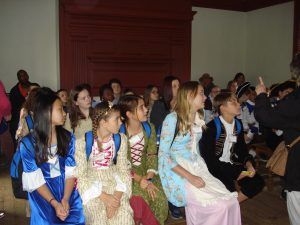 We crowded into the old gaol (jail) cell and imagined what it might be like to have to spend time there – particularly if Black Beard the Pirate’s gang was sharing the space with us. In a radical shift of social cultures, we then walked through the Governor’s Palace and imagined our lives if we had been in the upper 5% of income levels in colonial Williamsburg. It should come as no surprise that the students would happily choose life in the ornate Governor’s Palace over the old gaol cell. 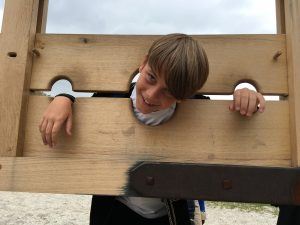 Our tour guide remarked that she had rarely seen a group of students so intent on what was being said, so eager to ask good questions, and so invested in the experience. 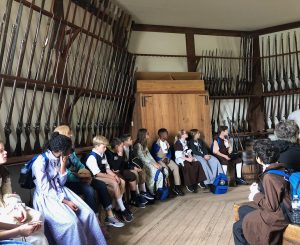 For most of the folks in colonial Williamsburg, life was neither in the jail or in the Governor’s Palace, but lived in very everyday ways as they plied their trade in a variety of occupations. We contemplated what life would be like if we were apprenticed in an apothecary shop, or as a silversmith. Many of the students were struck by the limited opportunities available to women in colonial times, and how different their lives would have been as a result. We met doctors, Cherokee Indians, saw Colonel Washington, watched cloth being woven, shoes being repaired, and dresses being made. Some of us sampled colonial libations (of coffee, tea, and chocolate) and in so doing met, Ann, a slave. Over half of the population in Williamsburg at the time would have been enslaved persons. It was an interesting opportunity for the students to reflect on the value of human beings as image bearers of God. 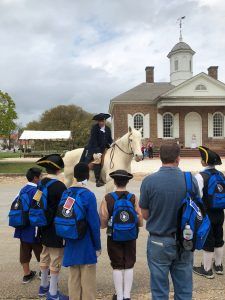 But colonial life was not all about work, and neither was our day. We enjoyed a rousing relay of hoop races, and just running in the green space. It was so fun to see the students enjoying the opportunity to play together. 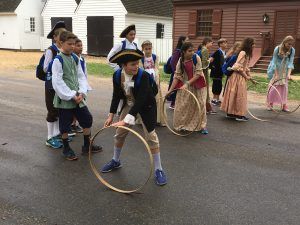 As it was our regular chapel day, we had the opportunity to participate in the noonday prayer service at Bruton Parish Church. The students were delighted to read the names on the pew boxes of dozens of famous colonial families, and to imagine attending a service when dignitaries such as George Washington might have been present. 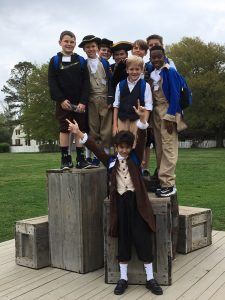 We had dinner in a colonial tavern and even enjoyed some live music. We ended our evening with a ball in the capitol building. Yes, your child danced! Sadly, no photos were permitted, though some of the students might be grateful for that. But I can assure you that there were smiles a plenty as they learned the steps and found they could do more than they thought. 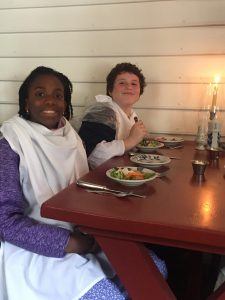 It was a full day, a bit of an overwhelming day. We prayed for dry weather after yesterday’s drenching, and God was very gracious to us in providing an almost entirely dry day. We were fully immersed in the life of a colonial and the students were filled with wonder and questions and amazement. 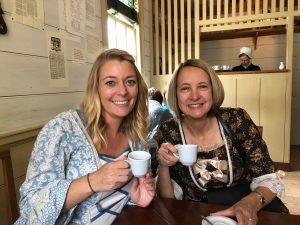 In our devotions for the day, we reflected on how the colonists placed great value on excellence, order, and beauty. The students remarked on the extreme care and pride with which the tradespeople worked. The end of the day was a fabulous opportunity to reflect on 1 Corinthians 10:31 “Therefore, whether you eat or drink, or whatever you do, do all to the glory of God.” The students were able to think about how they saw that verse at work today, and how they see it at work in their own lives. Our students are not just on an entertaining trip, though they are having a great deal of fun. It’s not just an educational trip, though they are learning an immense amount. They are thinking about the bigger issues of life as they reflect on life in the 18th century as compared to life in the 21st century. May those thoughts continue to shape their lives far beyond this trip. 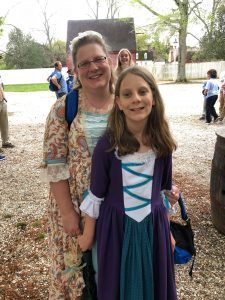