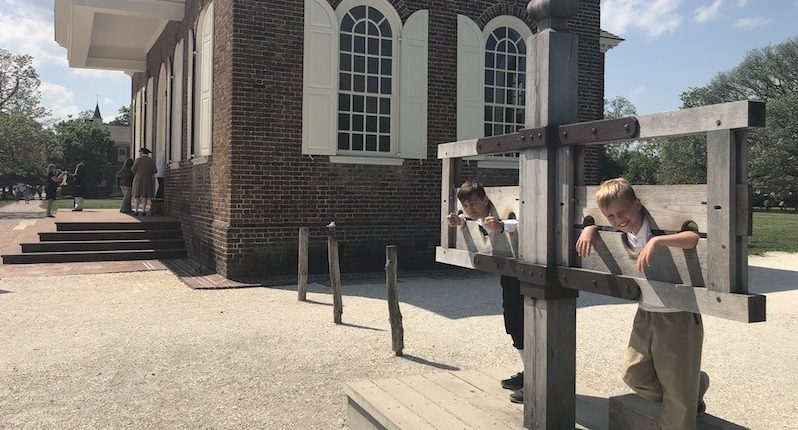 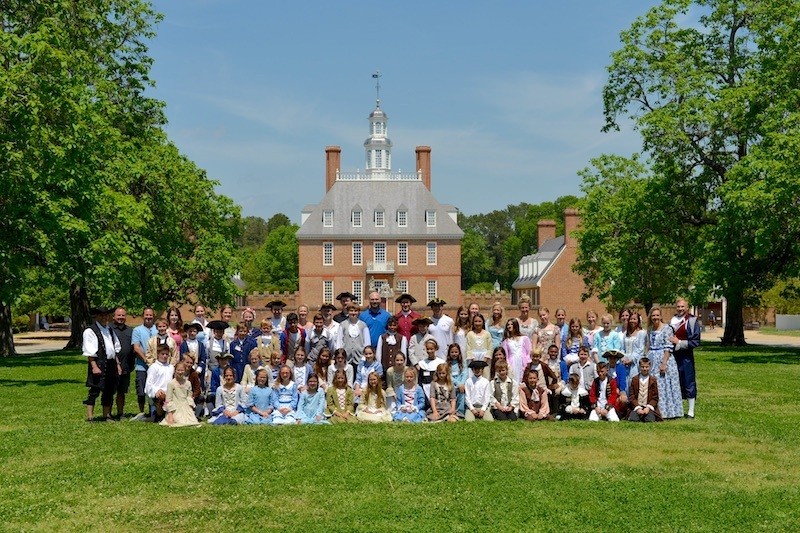 If this be treason, make the most of it – Patrick Henry making his case for independence in Colonial Williamsburg

We traveled forward about 150 years from the Jamestown settlement today to tour Colonial Williamsburg, the capitol of Virginia from 1676-1780, named after King William. Thanks to money from John D. Rockefeller, the entire colonial center from this era has been perfectly restored and staffed. The students, dawned with breeches and doublets, were able to visit the blacksmith, printers, silversmith, gaol (jail), the House of Burgesses, the old governors palace, and many other 18th century businesses. We got a glimpse of what trial without representation looked like and we were, once again, thankful for 21st century America. 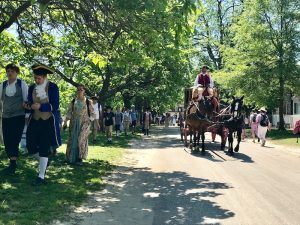 Our tour guide taught us all the manners expected of the day including how to bow, curtsy and where to the find the ‘necessary’ when necessary. We visited a wig store for those willing to spend a month’s salary on dark hair for the day and another month’s salary on gray hair for the evening. The students were proud to have learned that George Washington resisted the style of the day and wore his own hair. That’s the kind of first president that you want! 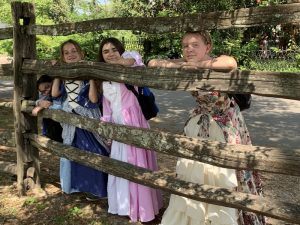 The staff in this town are much more than actors. They are historians who can knowledgeably answer any questions the students have. When explaining that we are from Florida, one colonialist responded, “I don’t think I’ve ever heard of Florida.” We all had fun dressing up in the garb of the time, but one of our parent chaperones, Warren Dietel, gets the best colonial dress award. He was actually stopped multiple times by inquisitive tourists who thought he was part of the show. 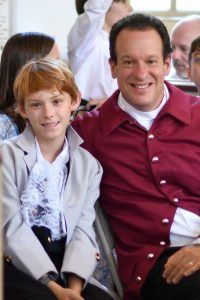 We were able to attend a noon day prayer service at the 300 year old Burton Parish Church. The names of the dignitaries who frequented the old church were written on the pews and in the center was a large, throne like chair reserved for the sitting governor of Virginia. You can imagine the self-control the students had to muster up to leave that chair alone! Speaking of self-control, we are so proud of these students. Almost everywhere we go we are complimented on how well-mannered, inquisitive and engaged they are.

If you ask your kids what their favorite part of colonial Williamsburg is, you will likely hear, “Anything with A/C!” Yes, it was hot, but that is all part of the experience 🙂  The boys shed all they could, but the women, well, not so lucky. Fortunately, it did cool down around dinner and then…off to the dance.

The students went to a colonial ball in the Capitol Building and it began just as awkwardly as you would imagine. They were paired up and taught three English dances and one French dance. The students did beautifully, though, and gave you the impression they might even enjoy it. 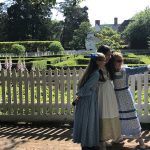 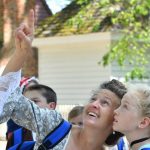 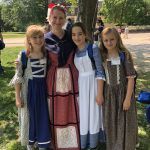 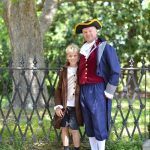 One thought on “Patriots and Patrons”

It’s an honor to spend quality time with these inquisitive students, remarkable faculty, and engaged parent chaperones. I applaud and appreciate The Geneva School for fostering this generation of great leaders. If this class is any indication, our future is on sound footing!