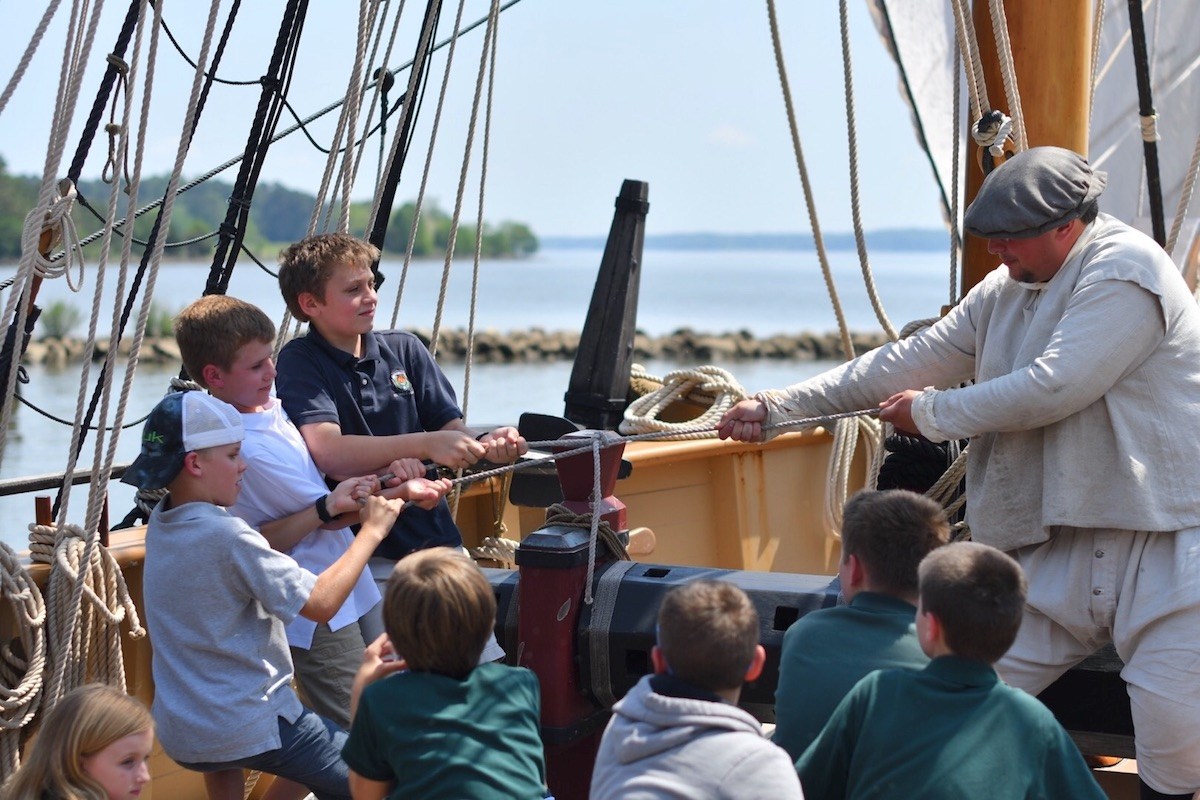 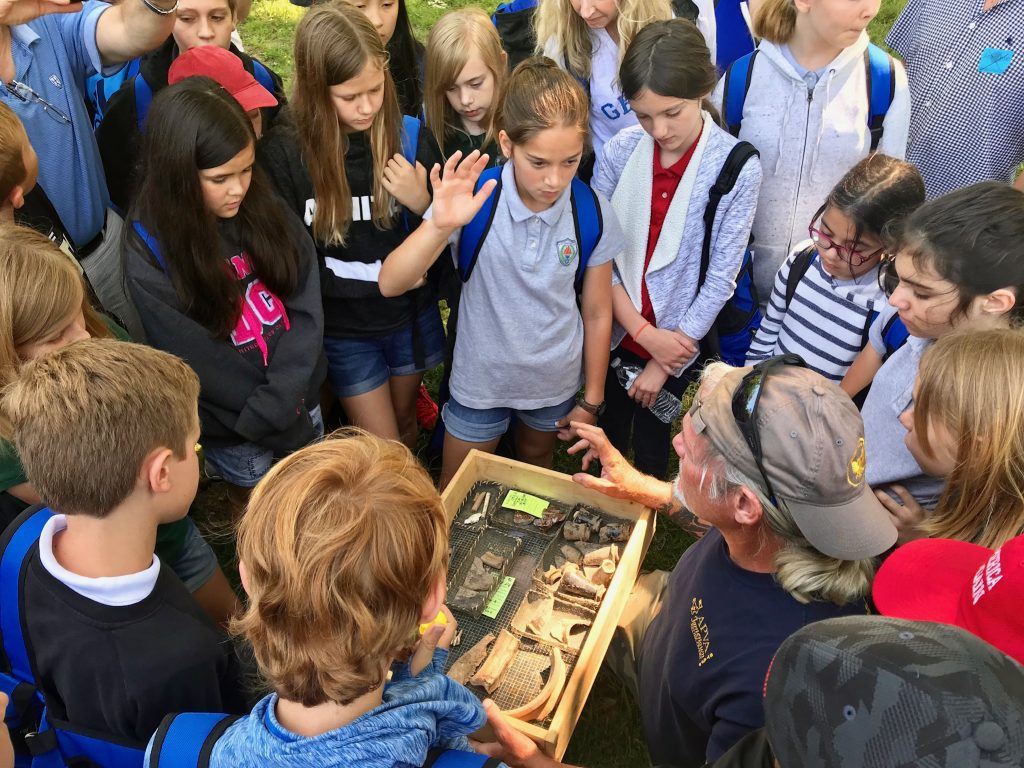 Field trip
noun
1. a trip made by students or research workers to study something first hand. 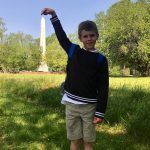 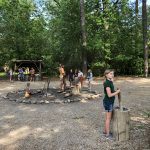 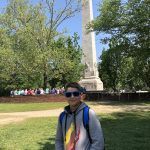 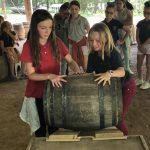 No time wasted on this trip! We ‘slept in’ until 6:45 and then down to breakfast in the hotel. Today is our visit to historic Jamestown. Jamestown is the oldest permanent English settlement in the New World preceded only by the English ‘lost colony’ at Roanoke and, of course, the Spanish settlements including St. Augustine.

Thanks to the expert knowledge of the National Park Service, we quickly learned that life on the settlement was more difficult than Disney’s Pocahontas movie would have you believe. This settlement was owned and established by the Virginia Company of England in 1607 for the sole purpose of finding gold and making a profit. The Virginia Company might have done well to ask themselves why it is that neither the Spanish (who had been in the New World now for over a century) nor the Native Americans had any interest in this location. Could it be that the Jamestown settlement contained no gold or fresh drinking water and was surrounded by inhospitable natives?

After losing about 80% of the settlers to starvation and Indians, resorting to cannibalism and unsuccessfully trying to sail back to England, the settlement was finally saved by the introduction of tobacco which could be grown in the fertile soil of Virginia and sold back in London. A far cry from gold, but the snuff came through. Women were then introduced to the settlement after 15 years (now John Rolfe’s marriage to Pocahontas is coming into focus:) and the road was paved for this single settlement to become 13 original colonies. 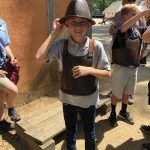 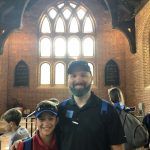 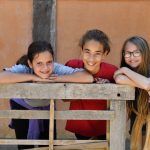 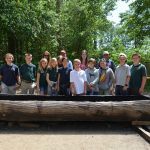 We then toured a live archeological site that is literally changing history. The archeologist showed us a Spanish gold ring mounted with a large gem they just uncovered from about 1600 along with a some Spanish beads from about 1550. So, how did jewelry from the enemy make its way into a British settlement? The running theory is that the Spaniards in St. Augustine traded these items with Native Americans and these items worked their way through the Native American trading routes ultimately finding their way to Jamestown. It was clear to all the students that they would need every subject in school to participate in digs like this.

Who knew glass could be so interesting? We watched a live reenactment of a typical 1600’s glass blowing. The clay oven had to be 2400 degrees Fahrenheit which required such huge quantities of wood that the settlers could only make glass about four days each month. So, what did the settlers make? Everything from vases to glasses designed specifically for tavern drinking games. 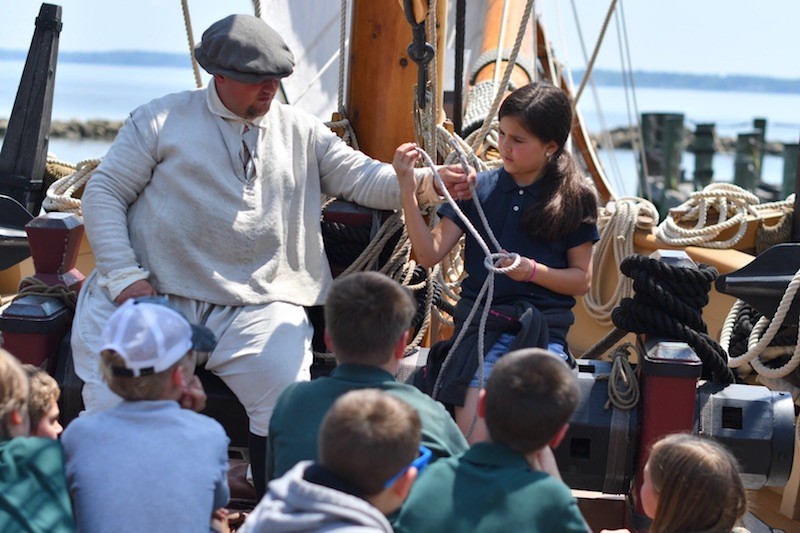 In Jamestown, three very different peoples from opposite ends of the Atlantic collided. The Native American Powhatton tribe (Pocahontas’ people), the West African slaves and the British settlers comprised a tense cultural triad that is on display in an exact replica of both the settlement and Powhatton village complete with live actors describing life here in the early 1600’s.

How does 140 days crammed into quarters not much larger than a couple classrooms sound? That is a picture of the voyage to the New World. It could have been faster, but the British did not know a direct way to Jamestown so they had to follow the well established Spanish routes which took them down to Africa, over to the southern Caribbean islands and then north to the Virginia settlement. We boarded a perfect replica of these ships docked in the harbor and learned about life on the sea from live sailors. All of your children should return home with a new appreciation for their bedrooms. 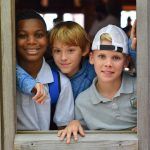 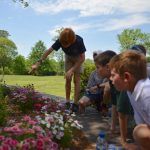 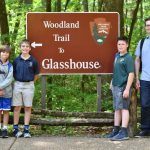 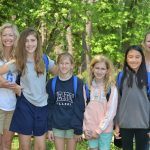 The day ended with a devotion in Psalm 32 and Psalm 18. Life as a settler was precarious to say the least. The Bible tells us, “You are my hiding place; you will protect me from trouble and surround me with songs of deliverance.” Our hope is that after today the students can see this verse through a different set of eyes.

One thought on “Sailing, Settling, Starving And Surviving”

Thank you for all the pics, great trip
And to all the chaperones!