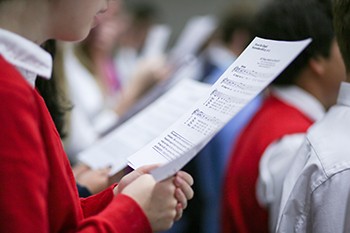 We believe in one God-Father, Son, and Holy Spirit. God created man in his own image with the responsibility to reflect his holiness through obedience to his commandments. In the Fall of Adam and Eve in the Garden, all mankind entered a state of moral corruption called “original sin,” by which (though God preserved their humanity in the faculties of mind, will, and affections) mankind became estranged from God, enslaved to sin and morally unable to incline themselves toward the things of God without the regenerative work of the Holy Spirit.

For his own glory and because of a profound love for his creation, God initiated and executed his eternal plan of redemption, which he accomplished in history by the person and work of his only Son, Jesus Christ, applying it to his people by the ministry of the Holy Spirit. We confess Jesus, both truly God and truly man, to be the promised Messiah of Old Testament prophecy. Through his life of perfect active obedience and his substitutionary, atoning death and bodily resurrection, Jesus Christ provided the meritorious ground of our justification, which merit God graciously imputes to his people by faith alone.

Before the foundation of the world, God elected unconditionally a portion of the human race to be redeemed by Christ, leaving others to themselves and to the just recompense of their sin. The Holy Spirit applies the work of Christ to these elect by sovereignly effecting their regeneration and by working in them for their sanctification. God gathers his people together into a community of believers, thus establishing a visible church, which he calls to live in the power of the Spirit under the authority of Holy Scripture, exercising discipline, administering the sacraments, and proclaiming the Gospel of Christ.

We support the work of orthodox and evangelical Christian institutions and organizations and are committed to the implementation of the social and cultural implications of God’s Law for the well-being of man and the created order. We believe that the term “marriage” has only one meaning: the uniting of one genetic male and one genetic female in a single, exclusive union, as delineated in Scripture (Gen 2:18-25). We believe that God intends sexual intimacy to occur only between a man and a woman who are married to each other (1 Cor. 6:18; 7:2-5; Heb. 13:4). We believe that God has commanded that no intimate sexual activity be engaged in outside of a marriage between a man and a woman.

We believe that our faith should be visible in our actions as we seek to be faithful disciples of Christ, enduring in love and obedience until he returns to consummate his kingdom.

Summarily, we embrace and adopt both the essential truths of orthodox Christianity, as articulated in the ecumenical councils of Nicea, Constantinople and Chalcedon, and the system of doctrine common to the creeds of the Protestant Reformation, including the Belgic Confession, the Heidelberg Catechism, the Second London Confession of 1689, the Thirty-nine Articles of the Church of England and the Westminster Confession of Faith.